Hey there! Relax and take a deep breath. You are about to enter a gemstone’s mystery.

Once upon a time, there lived 2 detectives who were named Sapphire and Topaz. They had already solved 3 mysteries. This is their fourth mystery together.

One day, they were walking when they suddenly saw a mystery. They suspected that someone or something was following them. They went home to get an idea of what it could be.

First, they got some food along the way too because they were hungry also. They walked back to the scene after that. Secondly, they put the food on the sidewalk and looked for a nearby hidden spot to wait.

Fortunately, they saw a bush and a tree; and they hid in those places. Shortly after, they saw a gem animal they’d never seen before. So they went to investigate but the gem animal noticed them looking her.

The gem animal laughed and said, “Hello there! I’m Gem-Topia and I am your new gem neighbor. Can you tell me who both of you are?”Hey there! Nice to meet you, Gem-Topia. I am Sapphire and this is Topaz.” said Sapphire with a chuckle.

So the trio became friends. They spent time together and they were inseparable. I hope you enjoyed my story! 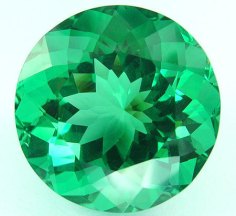 I help to support my family with my writings. I share my writings for free for the benefit of others. If you benefited from this writing, would you like to toss a tip in the love offering “bucket”? Oceans of gratitude … xoxo

This site uses Akismet to reduce spam. Learn how your comment data is processed.